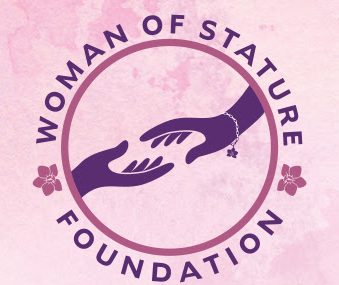 Monday, 16 September 2019, Johannesburg: – The 6th Woman of Stature Awards 2019 will take place on Saturday, 02nd November 2019 at the Indaba Hotel in Fourways, where 101 of South Africa’s most prominent women will be competing for one of twelve awards:

This year the Woman of Stature Awards is introducing special awards for women who do not necessarily fit in any of the above categories but deserve recognition as well as an Honorary Life Achievement Award and Leadership Award.

Its annual Woman of the Year Awards are not limited to any particular field of endeavour, and for this reason rank among the most prestigious awards in South Africa for women.

Launched in April 2013, Woman of Stature’s purpose is to inspire and empower women from all walks of life.

This is the first year that the awards will be hosted by the newly formed Woman of Stature Foundation and proceeds raised from the awards will go the foundation. The mission is to be an incubator providing women from ALL walks of life access to high quality Personal, Professional and Entrepreneurial Development Interventions and Training Programmes.

Woman of Stature, Director Charlotte du Plessis says, “The 101 nominees are each prominent within their respective communities and have reached considerable heights within their careers. They each reflect our values and focus at Woman of Stature, which is empowering other women whether through active mentorship, or just by setting the example for leading a purposeful life.”

Charlotte du Plessis received recognition as the founder of Woman of Stature when winning the Margaret Hirsch Women in Business Achievers Award Strubens Valley in 2016.

Dr. Marlena Kruger, a Woman in Education Nominee in the Woman of Stature Awards 2019, says, “Thank you so much for the opportunity and honour to be nominated for such a prestigious award, and especially for such an empowering cause. It is indeed a cause dear to my heart to help people to develop their greatness and unlimited potential! I am looking forward to making a difference in the lives of other women and consequently their children and families, because if you educate a woman, you educate a nation.”

“We look forward to a house packed with women and men alike to celebrate this iconic event – all for a good cause!” concludes Du Plessis.

If you Have Any Questions Email Us info@technolifewise.org